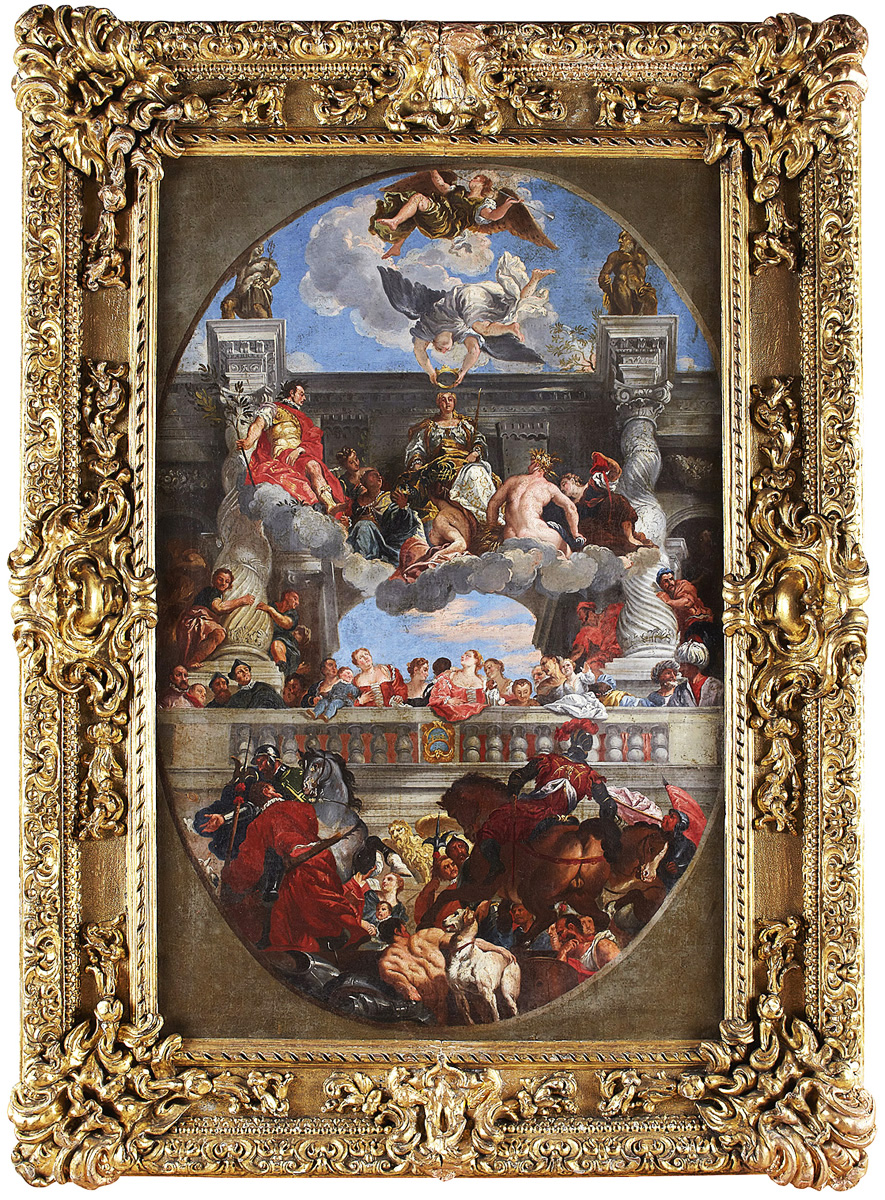 A Very Fine and Large Italian 18th Century Oval-Shaped Oil on Canvas Titled "The Triumph of Venice" After the original work by Paolo Veronese (1528 – April 19, 1588). The original of this painting hangs in the Palazzo Ducale, Venice. The 'Ricci' coloration suggests a late 17th or early 18th Century date. In 1715 Charles de la Fosse advised Ricci to paint only "Veroneses and no more Riccis". Circa: Venice, 1780

Paolo Veronese (Born 1528, Verona, Republic of Venice - died April 9, 1588, Venice) was an Italian painter of the Renaissance in Venice, famous for paintings such as The Wedding at Cana and The Feast in the House of Levi. He adopted the name Paolo Cagliari or Paolo Caliari,[1] and became known as "Veronese" from his birthplace in Verona.

Veronese, Titian, and Tintoretto constitute the triumvirate of pre-eminent Venetian painters of the late Renaissance (16th century). Veronese is known as a supreme colorist, and for his illusionistic decorations in both fresco and oil. His most famous works are elaborate narrative cycles, executed in a dramatic and colorful Mannerist style, full of majestic architectural settings and glittering pageantry. His large paintings of biblical feasts executed for the refectories of monasteries in Venice and Verona are especially notable. His brief testimony with the Inquisition is often quoted for its insight into contemporary painting technique.

Veronese's secular and allegorical history painting falls into two groups: his public commissions for the Ducal Palace and the Library of St. Mark's and his decoration of villas and palaces belonging to the Venetian nobility. His greatest accomplishment of the first type is the Triumph of Venice (1583) in the Sala del Maggior Consiglio of the Ducal Palace, which shows in its center Venice a female allegorical figure, resplendent in opulent beauty and ease, crowned by Victory and raised by clouds, slowly ascending to the heavens. In the second group are the Rape of Europa (ca. 1580), which follows the account of Ovid in his at once playful and yet awed praise of the power of Cupid, and Darius and the Family of Alexander (ca. 1565-1567). More about Varonese - More 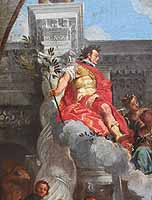 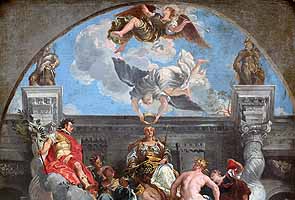 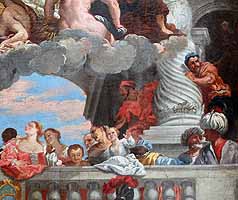 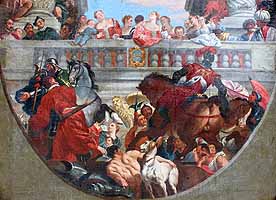 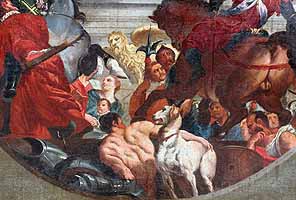